Disclaimer: I am not a professional/top-seeded/world record-holding gamer… but I can surely hang out with the guys that are!

I find that having a bucket list for this hobby (as well as other parts of my life) helps to keep me focused on what I should be striving to accomplish.  Fortunately, I ‘m now able to cross one of the items off my arcade list.

Louisville is a neat town for the arcade/pinball/retro hobby.  We have our own arcade and pinball expo, we have our own classic arcade/pinball bar and restaurant, we have lots of local collectors that are part of a pretty tight-knit group and we also have Mark Alpiger.  If you’re not familiar with Mark, he’s one of the co-stars of the 2007 documentary “The King of Kong”.

What most people don’t realize is that Mark lives in this area and sponsors a yearly tournament that brings people from all over the country to compete against each other for top-billing and bragging rights for the year.

You might think “what’s so special about this tournament…especially compared to all the other tournaments out there?”.  Well, that’s where the details make the difference…

Rules that put the player in charge…

The tournament is unique in that each entrant gets to pick a game that they want to make sure is in the tournament , as well as getting to pick the games that the entrant will compete on.  Out of the total pool of games in the tournament, each entrant has to qualify (by reaching a minimum score or achievement) on a smaller subset of games.  The entrant can pick any (or all) of the games in the pool to play (multiple times – only the best score is considered) and once qualified on seven games, then the entrant is entered into the score ranking for placement.  This placement determines final tournament standings among other entrants based on high score or achievement of each qualified title.

Initially I really took a ‘wait-and-see’ approach to this rule-set, mainly because I had no exposure to it, and it was somewhat difficult to understand how someone could be named the winner if they played a completely different set of games from the person supposedly in 2nd place.

Experiencing the format firsthand makes a believer.  Once you’ve gone through the tournament score sheet and see how scores are kept, and then how the final statistics are calculated, it becomes evident that this scoring system is very fair and really levels the playing field so that novices and experts can compete side-by-side.  It may sound complex (and I’m sure it is on paper) but it works well.

For a more detailed explanation of the rules and the scoring system used, see this link – CAGDC Tournament contest format – everything is explained quite well.

Each year, Mark selects the venue and hosts the tournament at one of a group of different candidate locations from all over the United States.  Picking a location is tough – there has to be either an already-established arcade there, or the location has to be able to support a multitude of different games being brought in for the sake of the tournament; the ideal spot is either and both at the same time.  As such, that greatly limits the places where a tournament can be held.

In 2011, the tournament was held at Richie Knucklez’s arcade in Flemington, NJ.  I didn’t know Mark well at the time and did not get to participate that year.  2012, however, was a different story and I did get to make it to this year’s tournament, which was kindly hosted by Mr. Jim Zespy (of Chicago’s Logan Hardware fame) and Jim (and his staff) did an excellent job on hosting everyone (and everything) so that the tournament went off well.

I am fortunate in that my wife supports me in this hobby.  In fact, she was pretty excited to go to Chicago (obviously for different reasons than I was) so it worked out well that I had some pretty quick buy-in.  I had also talked to fellow local collector Jason Bradley to see if he’d be interested in competing.  Fortunately he was, so it worked out well by wrapping the tournament into a ‘couples weekend trip’ with the significant others.  Once travel and lodging arrangements were made, Jason and I registered for the tournament, and our group was off to the Windy City.

Officially, the tournament ran on Saturday and Sunday (March 24th and 25th) with open practice being allowed that Friday night. We didn’t arrive in Chicago until pretty late on Friday night, so our practice time was limited.  The good thing about being a n00b unranked player is that practice probably won’t make much of a difference, so I didn’t feel too bad about not getting in a lot of seat time before the tournament.  I was mainly there for the fun and the experience, so competition can come later when I can actually administer something akin to an 8-bit beating.

Our party decided to take in a bit of the city, grab a bite to eat and go to Logans just to check everything out and play a few games… remember practice is serious – playing some games is fun.

Here’s a few pictures from practice night before the official starting of the tournament:

Couple the long drive with the fact that Saturday’s start was going to roll around pretty early, and that meant we didn’t wind up staying for very long.  It was good to meet/greet everyone and get an idea of the ‘lay of the land’ but sleep was starting to become paramount and I knew I needed some if I was going to deliver any kind of shellacking the next day.  HA!

Once Jason and I arrived back at Logan’s on Saturday morning for the start of the tournament, it was clear that the jovial mood of the night before had been swapped out for a very “determined and focused” feel.

Jason and I got started by picking out some games from the pool of titles available and began working on qualifying scores.  The game that I picked for the tournament was Gyruss.  It’s a perennial favorite and one that I’m reasonably good at.  Hoping that it would be a good base to start with, I settled in on it and Jason started working on his list as well.  He had picked Kangaroo for the tournament.  I don’t have a lot of seat time with that title, and it ultimately proved to be one of the games that I couldn’t qualify on.

I was (absolutely) shocked to see how fast the time went by.  Outside of a lunch break, Jason and I stayed at the tournament for well over eight hours and when I looked at my qualification list, I wasn’t even half-way where I needed to be.  Jason fared better than I and was already qualified to be ranked in the tournament.  It was obvious I had to get better (and quick-like) for Sunday morning if I wanted to have a shot at being ranked.

Between playing sessions, I was able to get to mill about and meet some of the other tournament participants, as well.  It was really neat to see so many good (and I do mean good) players at this tournament.  So much so, that I was somewhat taken aback by how good the qualifying scores were and how far I needed to go to have a hope of placing.  I didn’t let that bother me much, though.  This was my first tournament and my first year of having any appreciable play time, so I was just happy to be there.   I was also pretty shocked by how far some people had traveled to play. If memory serves me correctly, one of the contestants flew in from Alaska – impressive for sure.

Below are some of the pictures I took while the tournament was in play.    It was fun to meet some world-record holders as well.  It was a mini ‘who’s who’ of classic arcade gaming.  Heck, even Lonnie McDonald (of Joust Tour fame) showed up… it was neat to get to see him again since our last get-together at Zanzabar in Louisville.

Although everyone at the tournament was having fun, I was impressed by the ‘all business’ attitude everyone expressed when it came to the tournament proceedings.  This is pretty serious stuff, so it pays to never underestimate anyone… doing so is a fundamental mistake.  My takeaway lesson is that the game face always has to be on.

Oh yeah, and I need (a lot of) practice.

After taking in the town on Saturday night, Jason and I returned to Logan’s Sunday morning to finish the tournament.  We played for another three hours or so (right up until we had to leave to get back to the hotel for check-out time).  When it was all said and done, Jason had qualified so that he could rank.  I came up one game short of qualifying, so I didn’t hit the leaderboard.  I truly felt that if I had another hour or so at my disposal, I would have qualified… I was getting better as the time wore on, and I just hit the wall of the clock.    We had to go ahead and turn everything in and say our goodbyes to Mark, Jim and the rest of the tournament crew.

No worries, though – everyone was gracious and we all had a great time.  I hope I can do a bit better next time around in 2013!  I guarantee I’ll have more fun next year especially now that I know how the tournament is laid out and how it progresses.

I urge everyone reading this to consider registering and playing in the 2013 CAGDC tournament – I guarantee that if you are a classic gaming fan, you’ll walk away wanting to improve your competitive edge.  You’ll definitely make some new friends and get to enjoy an important facet of what this hobby is all about! 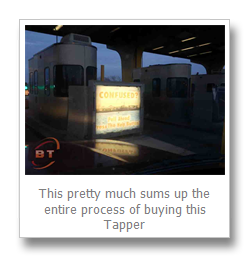