This episode is all about shaking off the cold of winter and getting into the swing of the restoration and expo season.  With the upcoming Louisville Arcade Expo and the Southern-Fried Gameroom Expo just a few short weeks (LAX) and months (SFGE) out, we are looking forward to plenty of live broadcasts, panels and getting to meet up with both old and new friends.  Between the pomp and circumstance related to preparation for those shows, episode #38 busts onto the scene!

It’s always an eye opener when we sit down and cover off one what we’ve been working on over the past month… you think you might not be getting a lot accomplished, but in effect, there’s quite a good bit done:

Brent works on the Zaxxon, a Cue Ball Wizard, and a Golden Tee ‘99.  Whitney (finally) works on the Zookeeper and begins a ‘bench rig’ build-out project that will be detailed here on the site and on Facebook as well.  Between all of that, we both go on two independent ‘mini-raids’ and score some nice loot that we reveal to each other for the first time here on the show.

This month we return with a ‘Deep Dive’ segment on the Gottlieb/Premier System 3 pinball boards and talk about MPU repair for those specific games.

We also spend a boatload of Brent’s money, respond to a TON of listener feedback and ponder our next ‘out of band’ movie review.  Lots of good feedback on the Star Wars discussion, so we’re toying with the idea of doing it again.  What movie should we pick apart next? 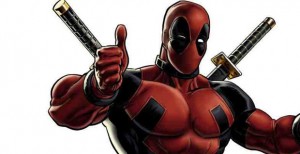 Here’s how the show timings break down:

Here's a 'one-stop' shop for all the items we mentioned in this month's episode!

One thought on “Episode 38–Words that Brent can’t say”